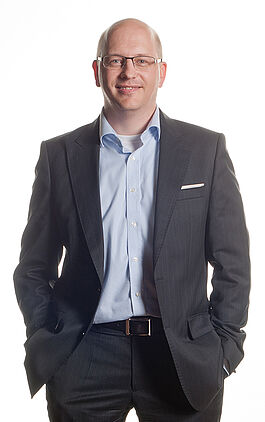 In September about 500 members and partners of the Eurovent Association met in Seville on the occasion of the Eurovent Summit 2018 as well as the 60th anniversary of the association. During the event, the Chairman of the Compliance Committee "Air Handling Units" was elected and Jörn Christian Doerk, Product Manager at Menerga GmbH, was appointed Vice-Chairman. The chairmen of this committee lead the meetings, define the agenda and set the focal points. They also act as external speakers.

The Compliance Committee "Air Handling Units" is part of Eurovent Certita Certification in Paris, an independent subsidiary of the Eurovent Association. This committee gathers all Eurovent certified manufacturers of air handling units worldwide.

Jörn Christian Doerk is an industrial engineer (FH) with a degree in mechanical engineering from the University of Paderborn, Meschede Department. After his studies he founded the company Geometrico, which is specialized in the energetic optimization of air conditioning systems in paint shops of the automotive industry and is also publisher of the Menerga Psychrometric Charts, an interactive software solution for a fast and precise graphical as well as numerical representation of all thermodynamic processes of humid air.

After his studies he lived and worked in Australia and South Africa. Jörn C. Doerk has been a permanent employee of Menerga GmbH since 2008. As Product Manager in the technical area, he is responsible for the development and maintenance of the Menerga design software and at the same time he also supervises the certifications by the German AHU Manufacturers Association and Eurovent, the European Association of Air Handling and Refrigerating Equipment Manufacturers. Until 2016 Jörn also worked as a Data Protection Officer for Menerga GmbH.